Directors that should stop making movies

Sometimes you do retrospective on works of specific director, one that's making movies for a long time, and you can't miss the striking difference between the quality of his early works and the current garbage he produces.
But he keeps doing his thing, he keeps flooding us with his abominations year after year. So how about I'll mention number of such directors, that should do us all a favor and just stop whatever they're doing. Retire to your country house already.
Now, before I'll continue, this is only my opinion and I write it here for dramatic purposes only. There is no need to be insulted and take it personally if I say something bad about director that you like. Ok? Try to take it with a sense of humor. Besides, some of them are my favorite directors too. 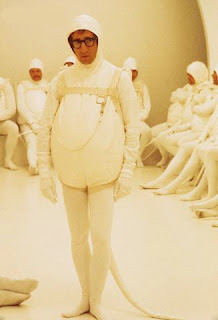 Started: mid 60's with small and silly, yet interesting comedies.
Golden age: Annie Hall (1977) to Crimes and Misdemeanors (1989). I can't believe he was actually a sex symbol for many women. Right after that he was in decline, with only rare worthy films.
Should have stopped: Right after Deconstructing Harry (1997) and continue writing scripts for someone else to direct.

These Pretzels are making me thirsty! 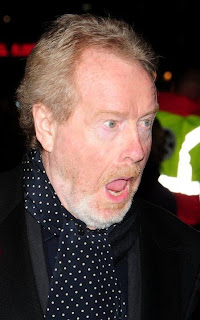 Started: mid 60's, directing stuff for TV.
Golden age: The Duellists (1977), Alien (1979) and Blade Runner (1982). After that he sold himself out and started to make most ugliest mainstream ever.
Should have stopped: Right after Blade Runner, and never make any other movie again his entire life.

Wake up! Time to die! 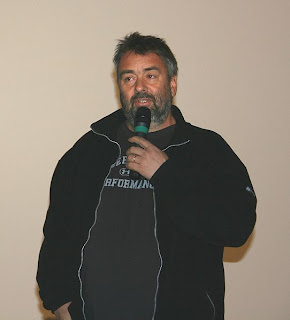 Started: 1983 with brilliant The Last Combat.
Golden age: From that first film and till The Fifth Element (1997). After that, his work as producer completely destroyed him.
Should have stopped: Although he produced number of quite good flicks, as director he was suppose to stop after marrying that girl with orange hair.

Bring me the priest 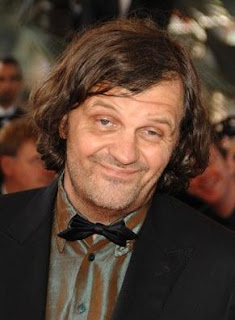 Started: 1978, directing for TV.
Golden age: Do You Remember Dolly Bell? (1981) to Black Cat, White Cat (1998). During this time he created some of the greatest films in cinema history.
Should have stopped: right after Black Cat, White Cat. Whatever he did since then was completely unnecessary.

I'm not going to die. I'm going to live forever until one day I wake up. 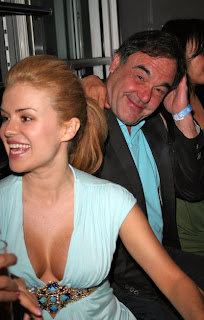 Oliver Stone
No, no. That is Katherine Heigl's boobs, Oliver Stone is the drunk dude behind her. Come on, just look away, slowly eyes up and to the right. Here we go. See how drunk he is and how funny his face looks like? You see, you see? Ok, now you can go back and look at her boobs again. Nice....

Started: in the beginning of 70's with some low budget horror and short films. Haven't seen any of them, but knowing early Stone, I would say these films have some political content and father figure issues.
Golden age: Salvador (1986) to Natural Born Killers (1994). Fast decline since then.
Should have stopped: After average U Turn (1997). It was already clear back then that he just lost it.

Hey, I'm sorry buddy - I thought I was, uh, shooting at that son-of-a-bitch Kennedy. 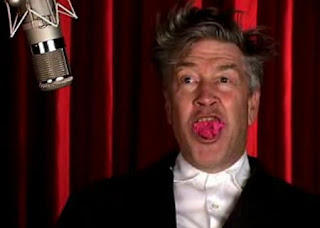 Harry, I have no idea where this will lead us, but I have a definite feeling it will be a place both wonderful and strange. 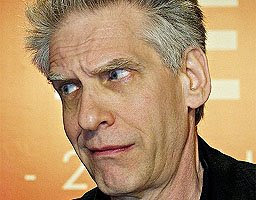 Started: mid 60's, with some really experimental and almost unwatchable short films. I've seen some of them and it is both beautiful and awful.
Golden age: Shivers (1975) to eXistenZ (1999). Another favorite of mine, I've watched all his movies, even totally unrelated Fast Company (1979) and that episode for TV series Friday the 13th that he directed.
Should have stopped: Right after Spider (2002), which was oddly bad. Sorry, but his recently complete change of style is not for me. Whatever he is doing now just sucks.


Honorable mentions (directors that I don't like in the first place):

Ron Haward: Never liked his movies. Ransom was nice, but that wasn't because of him.

Spike Lee: His time was up long time ago.

Brett Ratner: First Rush Hour was somehow bearable and even entertaining, but I don't understand how is that possible that he continued to make movies after the second one.

Bobby and Peter Farrelly (aka Farrelly brothers): Lord, have mercy on us all.

[Edit]: Adding Mr Joseph McGinty Nichol to the list. Better known as McG, he just doesn't have the required cinematic mind, no idea how to turn moving images into true cinema. I don't think he watched many films in his life, please don't give him more opportunities to direct them.

Ok. Now to even the score, how about I'll mention number of directors that deserve to continue and make more and more movies. Hollywood execs, please pay attention. These are the people you should give more money and more often.

Mel Gibson: As South Park guys said it "Say what you want about Mel Gibson, but the son of a bitch knows story structure".

David Fincher: I don't need to explain this one.

Spike Jonze: See you next year at Oscars.

Martin Scorsese: After 50 years in business, he is constantly on the top.

Steven Spielberg: The world will be very empty place if he stops directing and producing movies. People take him for granted, or look down upon him as an artist, but they don't realize how important he is.

Michael Bay: Surprise! I bet you didn't expect this one, did you? I used to hate him for his awful garbage, but lately he is getting smarter and suddenly his movies are getting better. And by that I mean they are not incredibly annoying anymore.
I also admire him for his dedication to shoot on location with real explosions and real destruction of property. He is more old school than all these new guys that only shoot films in studios with green screens all around. I would really like to see more of him.

Directors that should stop making movies

Translate This Blog To Your Language

Please remember that translation will be only approximate